The exact migraine causes are not yet fully understood. Throughout the years, it has been generally accepted that migraine and its symptoms were due to problems with the blood vessels in the head. Based on the recent research, it was discovered that even though blood vessel constriction can cause pain, the cause of migraine is likely linked to a disorder of the central nervous system. 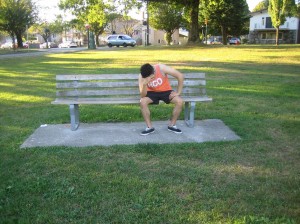 There are different triggers of migraine

The chain of both chemical and physical processes within and surrounding the brain that results to migraine is still uncertain. It is known that something triggers a flow of biochemical reactions that triggers an inflammatory response and excitement of the trigeminal nerve. This excitement spreads to the other nerves in the meninges and results to pain and other symptoms of migraine.

Factors that can cause migraine headaches

There are several factors that will trigger the occurrence of migraine headaches. The trigger in each individual tends to differ but most are included in these categories:

Once a migraine is in progress, ending it or minimizing the pain and other accompanying symptoms is important.

Medications can be used and these are divided in three classes of drugs that can be used to treat migraine as they start to manifest:

A minimal amount of caffeine is oftentimes included in some of the medications stated since it makes them work even more effectively. Additionally, anti-nausea medications can be prescribed to minimize the nausea and vomiting linked with migraine.

Hot or cold compress can be applied to the head or neck as first aid steps to minimize the severity of the pain during a migraine. Since some individuals have migraines that are triggered by sensitivity to sound and light, it is best to rest or sit in a dark, quiet room in order to make the headache bearable.