For many, Canadian first aid courses are only useful during accidents and medical emergencies. What they do not realize is that the knowledge that can be gained from these courses can also be used to ensure that the weather does not claim a lot of casualties during bad winter seasons. Here are some of the ways that Canadian first aid courses can help residents and rescuers save the lives of many during  a bad weather.

It can prevent hypothermia 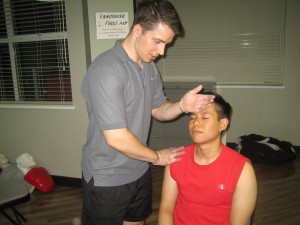 Canada has always been known as one of the countries with the coldest weather. The country experiences months of snow fall and negative temperatures on a yearly basis which is why most residents are now used to the cold weather. Hence, they seem to forget that hypothermia can still strike and claim the lives of some. According to the National Post and other news outlets, Toronto experienced -40 degrees during the second week of January 2014. KSFY-TV also reported the death of a woman in Lakeville which was caused by hypothermia. By investing in first aid courses, hypothermia can be prevented by knowing how to treat it during early stages and how to prevent it from getting worse.

It can help with road accidents

According to a news article that was published by the Globe and Mail in January 15, 2014, two motorists died due to a car accident which was primarily caused by the strong winds in Alberta. In Maskwacis, the weather also claimed the life of an 81-year old woman while injuring five others through collision between a small car and a minivan. These just goes to show that the bad weather can cause road accidents which can be fatal. By learning first aid, bystanders can become rescuers and help out those who have been involved in a car accident due to the bad weather and other causes.

It can help with blackouts

Blackouts are always a problem during snow storms since electrical engineers and other professionals find it hard to gain access to power plants and electrical posts which might be taken out by the storm. However, this should not be a problem for people who have taken first aid classes since they will know how to tend to frost bites and other temperature-related medical conditions. They will also know how to treat wounds, fractures and other injuries that can be caused by the blackout.