Seizure attacks or convulsions are transient events due to abnormal paroxysmal discharge of the cerebral neurons. These can be varied from a full blown generalized seizure where person suddenly falls down unconscious, followed by jerking movements of body, frothing, with loss of bladder and bowel control or on the other hand a very subtle period of loss of consciousness that it may pass unnoticed altogether.

Seizures can be broadly classified in to generalized and partial seizures according to the area involved in brain. These are again reclassified into various syndromes according to the age group affected, patterns of seizures, EEG changes, other associations etc. In certain conditions these tend to occur very frequently despite aggressive anti – epileptic treatment.

Seizures can occur in:

How to recognize a seizure?

In a typical generalized seizure the patient may complain of typical aura just before onset of event, then he will suddenly fall unconscious, eyes rolled up, frothing from mouth, limbs may stiffen first and then will move to and fro rhythmically, sometimes loss of bladder/bowel control may ensue. The event usually may persist for about 3 – 5 minutes and then he will recover spontaneously. After the seizure patient may fall into a sleep or to a lethargic state which is called post – ictal drowsiness. However this picture can change widely according to the disease condition he is having.

It should be emphasized that any seizure persisting for more than 15 – 20 minutes without recovery is critical and require urgent medical attention. 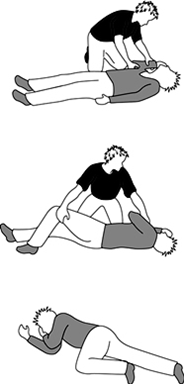 Consult a psychologist for mental support.