Hyponatremia, low sodium levels in the body, may lead to disruption of normal cell functions. It is an electrolyte disturbance. When the sodium levels in the blood become lower than normal, extra waters enters the cells resulting to cell swelling. The most difficult complication may arise from swelling in the brain, where it is confined in the skull and is incapable of expanding. Normal sodium level ranges from 135 to 145 millimoles per liter (mmol/L), thus, anything lower than 135 mmol/L is considered hyponatremia. Hyponatremia is sometimes referred to as water intoxication.

Sodium is an essential mineral of the body. It regulates the body’s fluid balance. Moreover, it also helps keep normal blood pressure and assists in nerve and muscle functions. Sodium (Na) is a cation usually present in the fluid outside of cells of the body and is found in blood and lymph fluid.

Conditions and lifestyle factors alike can lead to hyponatremia.

Treatment for hyponatremia depends on the underlying cause.

Due to the importance of sodium in the body, it is always important to 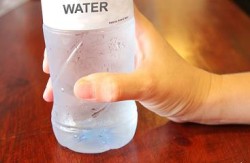 ensure that there is enough sodium in the healthy, well-balanced diet. Understanding hyponatremia can help when taking first aid training, especially when topics are related to heat and dehydration, among others.

View all posts by Ibrar →