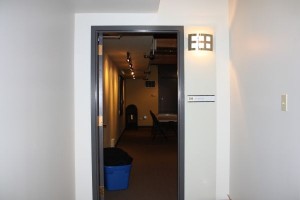 SARS-Cov. Its incubation period is 2 to 10 days. People at high risk of acquiring this virus include health care workers who have had unprotected exposure to the virus through unsuspecting patients with SARS.

The Severe acute respiratory syndrome outbreak in 2003 was not considered a mass casualty biologic terrorist-based event. The disease started as an “atypical” form of pneumonia in China in February of 2003 which had spread to well over 29 countries worldwide by July of the same year. Air travel, and worldwide trade are among the primary risk attributable factors of the increased possibility of any contagious disease processes to spread very rapidly.

What is severe acute respiratory syndrome?

Severe acute respiratory syndrome (SARS) is an infectious respiratory condition which is caused by the SARS-Cov virus. The first official cases of SARS were recorded in 2002 in the Guangdong Province of China. With the contagious nature of the disease coupled with the delayed public-health response, the epidemic spread like wildfire around the world in the span of months. The final statistics recorded by the World Health Organization revealed 8,096 reported cases with 774 fatalities.

The very fast transmission and high mortality rate of SARS caught the attention of the international  community. Fortunately, with the enduring efforts of the World Health Organization in identifying and quarantining suspected infected individuals led to a faster means of controlling and containing the outbreak from further spreading. By the end of July 2004, sustained human-to-human transmission of SARS had been fully eliminated. Although several illnesses such as the avian flu and anthrax are still potential threats of a biological attack by terrorist organizations, SARS still remain as a very real threat.

Early systematic signs of severe acute respiratory syndrome begin2-14 days after acquiring the virus. The common signs are dry cough, shortness of breath with or without other accompanying respiratory symptoms. X-ray will usually confirm pneumonia or acute respiratory distress syndrome (ARDS) being evident at 7 to 10 days along with fever and respiratory symptoms. The breathing disorder normally progresses to severe dsypnea which later lead to hypoxia. Progression may be rapid or slow depending on the current health status and immunity level of the individual. Severely affected people will develop a fatal form of respiratory failure if not properly diagnosed and managed.

Droplet precaution isolation and control of visits to the exposed individual are very basic forms of precautionary measures for all types of infection. Treatment is usually supportive with the overall case-fatality rate is 10% which increases to 50% for pediatric patients and elderly adults. Patients with SARS often require supplemental oxygen and in severe cases require mechanical ventilation. Presently, there is no known medication to known to successfully treat the SARS-Cov virus although during the initial outbreak in 2002, corticosteroids and interferon-alpha has been relatively successful but not conclusive in treating the individuals with severe acute respiratory syndrome.

View all posts by Ibrar →