According to worldwide statistics, Tuberculosis is estimated to infect around one third of the world’s total population with 30 million of these people having an active, and not just a latent, disease process.  Although the incidence and prevalence of the said disease is gradually decreasing in Western countries, the same cannot be said in Asian and African countries wherein mortality is at its highest. This may be attributed to the decreased cell immunity seen in in roughly 50% of patients co-infected with the Human Immunodeficiency Virus and Tuberculosis.

Transmission of Tuberculosis is mainly through the inhalation of an infected droplet from the cough or sneeze of an infected person. The droplet nucleus, which contains the Tuberculosis bacilli, enters and deposits into the alveoli of the lungs where they multiply. As a response of the body’s immune system, it deploys macrophages to engulf the mycobacteria and carry it to the lymph nodes in order to be neutralized. If the bacteria are successfully killed of, the person is said to have latent tuberculosis, which means that the person is infected but is asymptomatic or does not present with any symptoms. However, some of the bacteria can evade this immune mechanism by the body by thriving and growing inside the macrophages allowing it to survive and spread by blood to areas outside the lungs. This is usually seen in adults with weakened immunity and is classified as an active Tuberculosis disease process.

Recently, there has been increasing incidence of multi-drug resistant Tuberculosis wherein the disease does not respond to atleast one of the two most commonly used and most powerful anti-Tuberculosis drugs – Isoniazid and Rifampicin. It is believed that mismanagement of treating Tuberculosis contributes to the emergence of drug resistance.

The most common infection of Tuberculosis is in the lungs and thus it will present with a productive cough that is yellowish in color, difficulty in breathing and chest pain. Since the disease is chronic, the manifestations usually persist for weeks prompting the patient to seek consult. Other manifestations of the diseases are as follows: 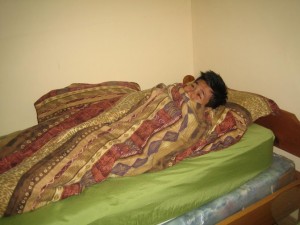 As mentioned above, Tuberculosis can infect other organs outside the lungs such as the brain and the spine to name a few. The manifestation of an extra-pulmonary disease process would then vary depending on the infected organ.

The gold standard in the diagnosis of Tuberculosis is by growing it in culture. However, the bacteria are slow growing and may take several weeks to culture. Other tests that may be requested by your healthcare provider are as follows:

Treatment and Prevention of Tuberculosis

Treatment of Tuberculosis entails a combination of drugs taken daily for an extended period of time due to the robustness of the bacteria afforded by its lipid rich cell wall. Treatment of active Tuberculosis is 6 months wherein 4 drugs are given during the first 2 months or otherwise referred to as the intensive phase of treatment. The drugs given are the following:

On the next 4 months, or during the maintenance and consolidation phase, only Rifampicin and Isoniazid are given.

Since Tuberculosis is highly infectious, prevention of the disease is key in controlling its spread. Learning to prevent diseases is one of the main goals of First Aid Classes. To prevent Tuberculosis, the following can be done:

Tuberculosis is a highly infectious, chronic inflammatory disease caused by the bacteria Mycobacterium tuberculosis that usually affects the lungs but may also occur in other parts of the body.

View all posts by Mikha Canon →